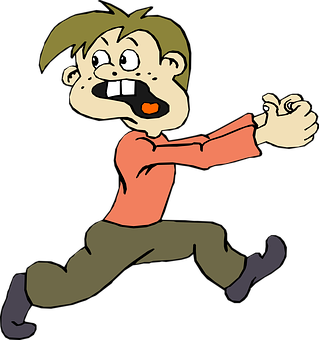 When another person is surprised, does their facial expression strike you as positive (as in receiving a gift) or negative (as in seeing a car crash)?

More often than not, Negativity Bias comes into play—the tendency to perceive negative stimuli and dwell on them.

We are wired to see danger in the unknown. It’s our ancient internal alarm system for keeping us safe.

On the downside, we are automatically interpreting these experiences as problematic…something to be feared.

Science tells us that negativity bias is associated with activity in the brain’s emotional centres (notably the amygdala), whereas positive responses are connected to the brain’s problem-solving areas (frontal lobes). “Positive attributions require more cognitive processing and emotional regulation,”[1] advise the investigators of a recent study by N.R. Harp et al.

To test the impact of mindfulness on negativity bias, one group of 58 people trained in mindfulness over 8 weeks, plus there were two non-mindfulness cohorts.

The people in the Mindfulness-Based Stress Reduction[2] group had increasingly more positive responses to surprised faces during the study, and for two months afterwards. By contrast, the two other groups maintained the negativity bias.

A decrease in response bias—less reactivity—is associated with “increased mindful non-reactivity”, according to the researchers.

It appears that mindfulness disrupts reactivity and the negativity associated with it, while promoting a more cognitive approach to responding to surprises.

Problem is, practicing mindfulness with a goal—say, reducing our negativity bias and having more positive responses—is not in keeping with the spirit of the practice. So, we can tuck this bit of learning into our back pockets, and instead of turning our mindfulness practice sessions into directed, goal-oriented effort, keep our minds open.

Andrew Safer is a Mindfulness Instructor and Trainer and Workshop Facilitator based in St. John’s, Newfoundland, Canada, specializing in applications for mental health and addictions, and the workplace. www.safermindfulness.com

This site uses Akismet to reduce spam. Learn how your comment data is processed.